There is a block model 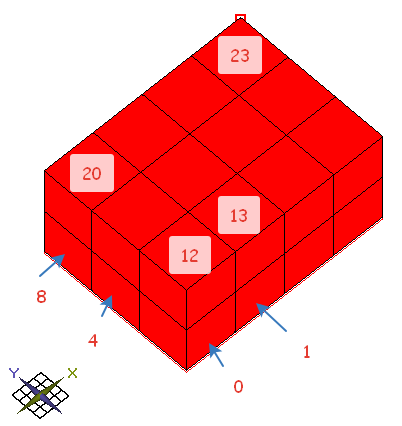 How many the shortest paths are there between block [0] and [23]?

Another way to calc the number of paths is to create a graph and adjacency matrix.

Then we should multiply the matrix by itself 6 times and we get a number of paths of length of 6 steps between vertices.

Here we get interesting conclusion – if number of paths that are got by both two methods is equal, then the block model has all 24 blocks.

This site uses Akismet to reduce spam. Learn how your comment data is processed.